When it comes to world-class surf, sights, and scenery – Central America is the ultimate seaside escape. Comprised of seven countries, each with its own unique history and breathtaking beaches, it can be challenging to decide on a single destination. 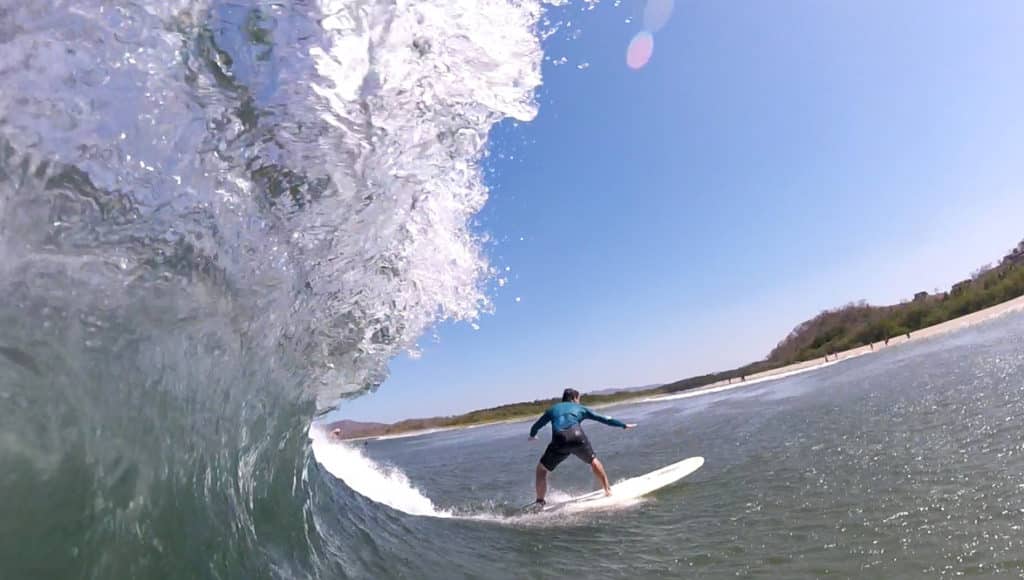 For adventure seekers and fun-loving families looking to surf the sickest swell, hike through volcanoes, horseback ride, kayak, scuba dive, zip line and make the most of their time in the tropics – it really comes down to choosing between Costa Rica and Nicaragua.

Both, Costa Rica and Nicaragua, are stunningly gorgeous with no shortage of beautiful beaches. Driving down the coast, you’ll find Nicaragua hosts some of the most stunning, untouched beaches in Central America. If you’re looking for a little more of a social/family-friendly atmosphere while still offering access to pristine beaches, Costa Rica may be the better choice. Often less busy and off the beaten path, Nicaragua’s beaches are populated with a variety of non-bikini-clad creatures including opossums, iguanas, monkeys, and turtles. The roads leading to the beaches aren’t as developed, but you’ll find it’s worth the ride upon discovering 910 km of undisturbed coastline. 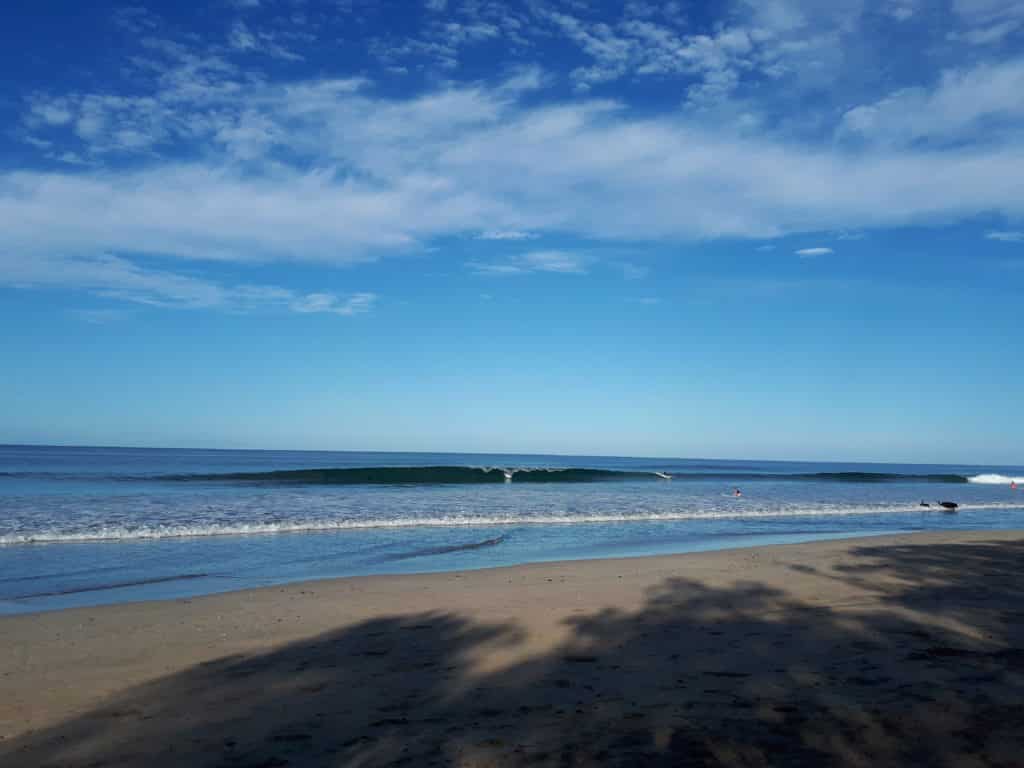 Costa Rica boasts some of the most beautiful beaches in the world, and there’s one for every occasion! Nude beaches, surf beaches, tanning beaches, sports beaches, family beaches – however you play, there’s a beach for that! You will find more tourists on Costa Rican beaches, but it is still possible to find a secluded spot if you ask the locals.

As for the surf, both Costa Rica and Nicaragua receive constant swell from the southern hemisphere year-round. Surf heights are generally the same when a south swell hits the beaches. Regarding wind conditions, Nicaragua receives the “Win” with its reputation of 300+ days of all-day offshore winds. Days when the wind turns onshore at noon in Costa Rica, parts of Nicaragua may remain offshore all day. However, sometimes during the dry season (Dec – April), the offshore winds in Nicaragua can blow up to 50 mph and be a little too strong while Northern Costa Rica will have perfectly tapered offshore breezes all day. 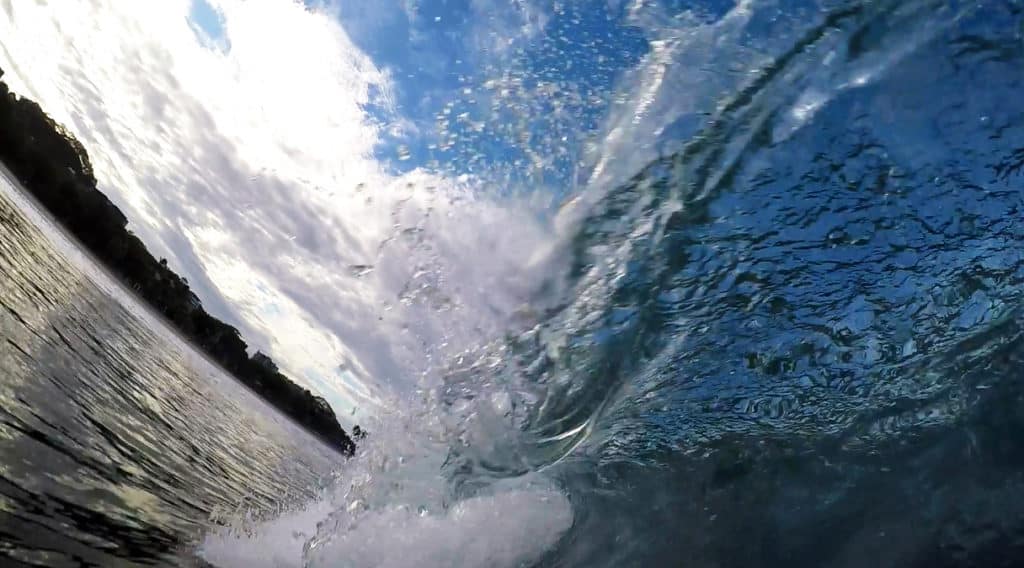 As for the variety of surf spots, both Nicaragua and Costa Rica host some incredible beach breaks, reef breaks and point breaks. However, access plays a big role as many great waves in Nicaragua are only accessible by boat. One more surf secret (that only the locals know) is that Guanacaste Costa Rica (Tamarindo area in particular) will receive Northwesterly swells during the dry season months allowing for an additional bump in surf heights as the South Swells can be fickle this time of year. In all honestly, Nicaragua gets the “Win” from May – November and Costa Rica gets the win from November – April.

Nicaraguan food, embodying Spanish and Creole influences, will lead your lips to try gallo pinto (rice and beans with coconut,) elotes (double-cooked corn on the cob,) and tostones (fried plantains.) Most of the restaurants are family owned, and you won’t see very much fast food. 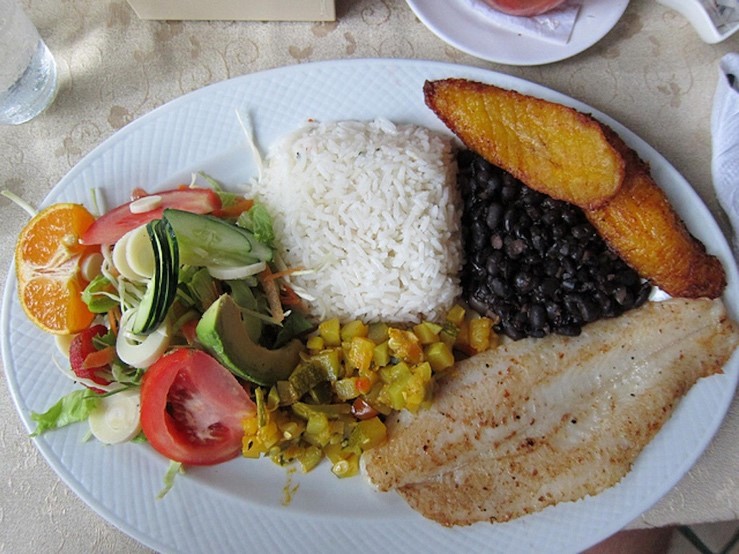 In Costa Rica – with their abundant nature and biodiversity – food is refreshing and mild. Combining native ingredients with the flavors of Spain and Africa, traditional dishes include Casado (a platter including rice, beans, meat, eggs, plantains, tortillas, and other local favorites,) ceviche, (tilapia, finely diced vegetables, lime juice, and cilantro,) and refrescos (a fresh-fruit drink made with sour guava, passion fruit, pineapple, watermelon and any other local, seasonal fruit.)

When it comes to price, Nicaragua does bring better bargains, but beware: You get what you pay for. Though there is a tourist circuit in Nicaragua, there is far less infrastructure than in Costa Rica. Nicaragua’s transportation system is also a bit disorganized, (all aboard the chicken bus!) as they didn’t join the standard Central American travel trail until after they recovered from civil war.

Things are more expensive in Costa Rica, but they’re also more convenient and luxurious. It is entirely possible to travel to Costa Rica on a budget, and cooking your own food saves quite a bit. Transportation is cleaner and safer in Costa Rica, and access to local guides can be quite appealing to families and first-time travelers.

Nicaragua is just beginning to realize the merit of environmental conservation, which means there’s not much left to conserve. Combine this tardiness with cries from environmentalists over lax biological protections and contentious plans for a $50 billion coast-to-coast Chinese-funded shipping canal and you’ve got a recipe for, according to critics, further destruction of wetlands, rainforests, and endangered species. Currently, 18% of Nicaragua is comprised of parks and reserves which means they have fewer tourists than Costa Rica. There are many hotels throughout Nicaragua, though some still don’t have air conditioning, and fewer people speak English. Nicaraguan roads can be dangerous and their lack of signage an issue for those who don’t know their way around. 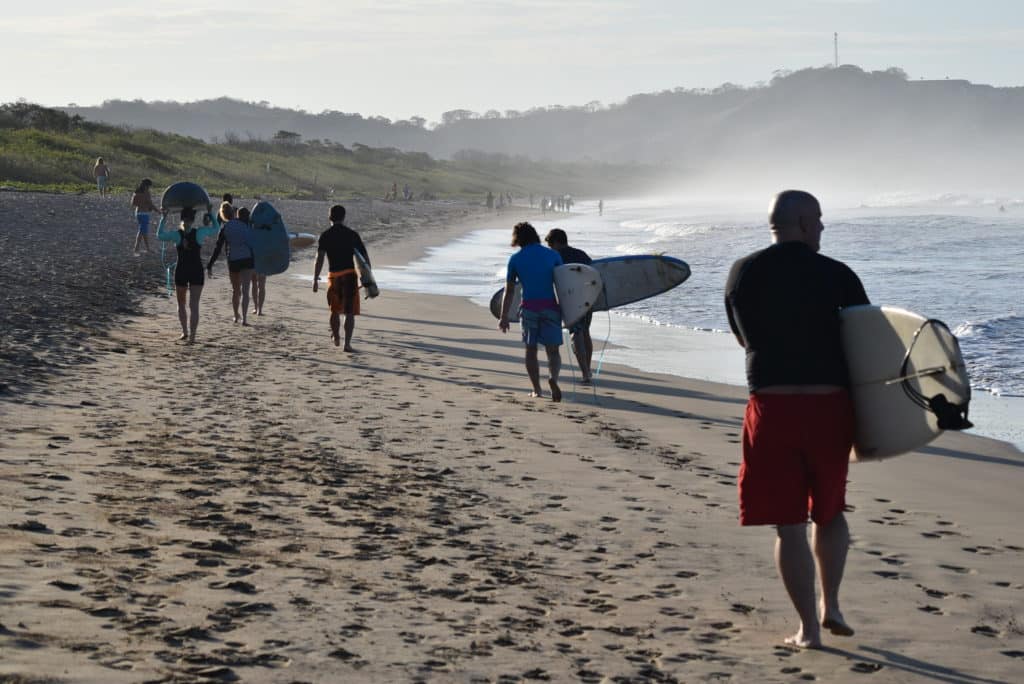 Costa Rica’s eco-tourism boom really took off in the 90’s when word got out about their biodiversity and incredible nature. Conservation efforts began in the 60’s, with 25% of the country still devoted to protected parks and reserves. A “living Eden,” Costa Rica’s nature is thriving with over 10,000 species of plants and trees and 35,000 species of insects and animals. Some areas are known to be overrun with those on holiday, but there are still plenty of jungles and rainforests where your only company will be beautiful exotic birds, sloths, turtles, frogs, and capuchin. Expect top-notch resorts, organized tours, and English-speaking locals.

In July of this year, the U.S. State Department issued a Nicaraguan travel advisory suggesting Americans reconsider traveling there due to crime, civil unrest and limited availability to healthcare. The U.S. government ordered the departure of non-emergency U.S. government personnel and issued these instructions to the remaining U.S tourists: Maintain adequate supplies of food, water, and shelter; keep a low profile; do not display signs of wealth such as expensive watches or jewelry. Furthermore, Nicaragua police/border officials are operating with a “wild wild west” mentality and are not super helpful when you actually need them. 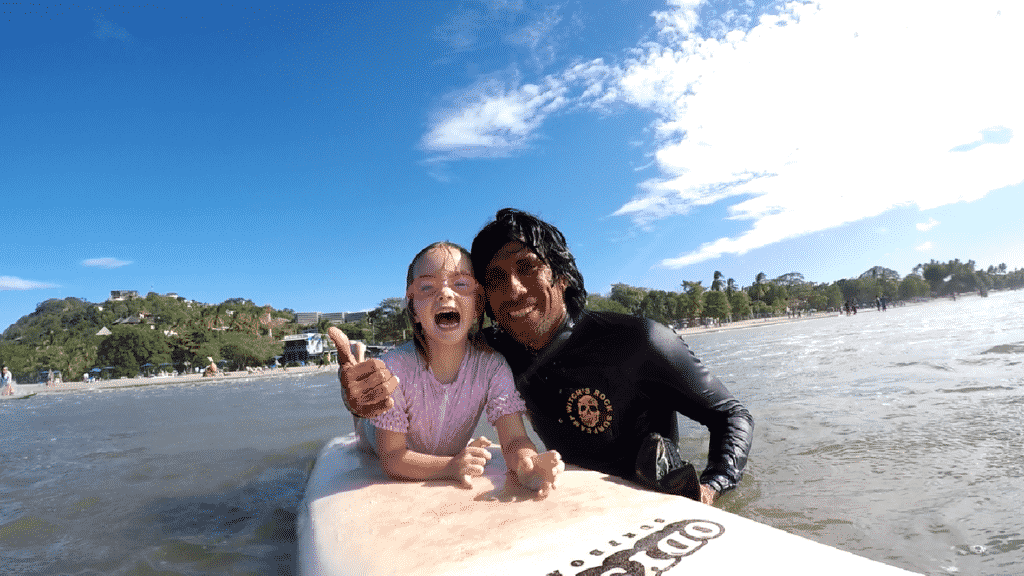 In March of this year, the U.S. State Department simply reminded those traveling to Costa Rica to “exercise normal precautions” (as with any travel.) With no intention of ever going to war, Costa Rica abolished their military in 1948. The police force is operated by the Ministry of Public Safety and receives high marks for integrity in tourist reviews. Violent crime is quite rare in Costa Rica. The biggest danger is petty theft in highly populated areas, typically, around Christmas. Far from terror attacks and turbulent world-politics, with access to world-class doctors and hospitals, Costa Rica is often called “the happiest place on Earth.”

We hope this analysis of these 2 beautiful Central American countries has helped in your decision. Although Nicaragua may not be at it’s best moment right now, everyone in Costa Rica is hoping for a quick transition to peace and a prosperous future. If you are looking to help out our Nicaraguan neighbors during their tough times, you can safely donate this foundation, Concern for the World, which has a current base of operations in Managua. If you are looking to score this next dry season in Costa Rica, contact us today! 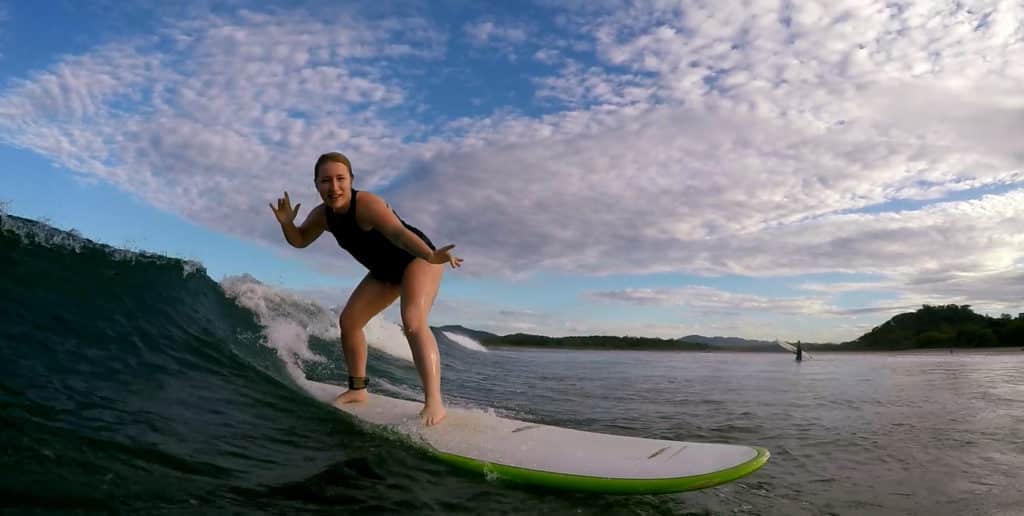