Take a Break: Your Guide to the Three Main Types of Waves

A surf break is a place along the coast where a wave created from a storm thousands of miles away meets its demise as it crashes into land.

Although simple in concept, surf breaks (also referred to as “surf spots”) are very complex in nature. This article will provide you with the basics of what you need to know about surf breaks as you explore coastlines in search of an amazing surf experience.

The Same But Different

Surf breaks have one thing in common: they are places where waves break in such a way that surfers can ride them. Other than that, every surf break is unique in how they are physically formed and how waves break on them given the conditions of the swell, tides and weather.

Despite being unique, all surf breaks can be categorized into three types based on what the waves break over.

BOTTOM: Sand
ABILITY LEVEL: Beginner – Intermediate
GENERAL DESCRIPTION: Beach Breaks are the stereotypical example of what most people think of when they imagine going to the Ocean. There is a large sandy area along the shore where people can spread out a towel and play in shallow water. 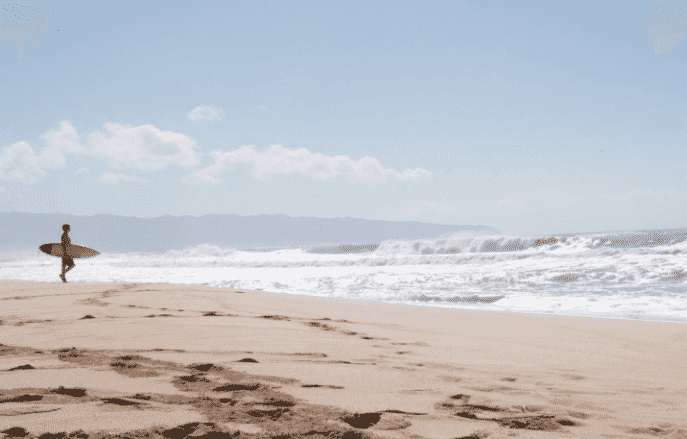 For surfers, Beach Breaks offer the easiest and most consistent opportunity to go for a surf. In most cases, beach breaks are gently sloped as they go offshore allowing for the waves to build up and break in a relatively slow fashion. There are many exceptions to this description, but compared to the other break types, Beach Breaks are the best option to learn to surf.

They are also the most accommodating for different types of swells given the sand is constantly changing as the swells and tides change. Sand gets pushed around by the currents and waves and settle to form sandbars. This means that from day to day the way a wave is formed at a Beach Break offers the most variety. The one downside to Beach Breaks is that they are unpredictable and because waves break along the shore, can offer a challenging paddle out to the lineup.

IMPORTANT TIP: Some Beach Breaks can act like Reef Breaks or even Point Breaks depending how much sand is offshore and how the sandbars are formed. Don’t assume that because a beach is made of sand that it creates a mellow wave. Do your research about the wave power and currents of a specific Beach Break before you paddle out.

Located directly out in front of the WRSC Hotel, the Tamarindo beach break is considered the Waikiki of Costa Rica and the best place for learning surfers. Beginner through advanced surfers share a space in the lineup, and everyone knows this is a great place to learn so there are overall good vibes. Sometimes a sneaky left hander can offer a long, fast ride with multiple sections.

BOTTOM: Rock or Coral
ABILITY LEVEL: Intermediate – Advanced
GENERAL DESCRIPTION: When most people hear the words “Reef Break” they immediately think of a hollow and powerful wave similar to Pipeline in Hawaii. Although Reef Breaks do offer the best chance to get barreled, there are a wide variety of waves created by Reef Breaks. 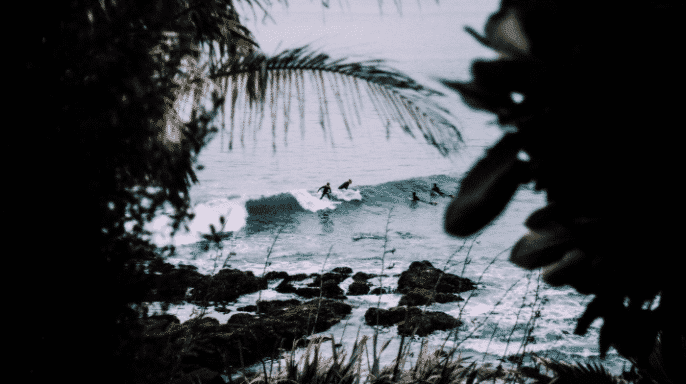 The most distinctive characteristic of a Reef Break is its stability. Reefs are either rocks or coral submerged just deep enough for waves to break on. Unlike Beach Breaks, where waves break up and down the shore, waves at Reef Breaks will break in the same place making for a predictable place to take off and general wave shape.

Waves that break on reefs are generally stronger because there is a more sudden change in water depth rather than a gradual change that occurs at most Beach Breaks. As a wave abruptly encounters the reef, the energy of the wave is quickly condensed and, therefore, breaks with more force. This is highly dependent on the depth of the reef and size of the swell but as a rule of thumb, you can expect Reef Breaks to have more force than the other types of breaks.

Given that Reef Breaks are more powerful, and are also much harder than sand, they are better suited for intermediate and advanced surfers.

IMPORTANT TIP: A down side to the waves breaking in the same place, and sometimes only in ONE place, is that crowds gather making it challenging to catch a wave. The social dynamic of the lineup at a Reef Break is very different than other breaks as surfers are closer together and competing for a more limited number of waves. When surfing a Reef Break for the first time make sure to be respectful of the locals and wait your turn.

Just a three minute walk from WRSC is a lava rock reef named Pico Grande. This shallow break is a ledgy right hander crashing over a sharp rock pile and can range from mushy peelers to spitting barrels depending on the swell size. The waves break best on a strong Southwest or Northwest swells ranging in size from waist high to overhead.

BOTTOM: Rock or Sandy
ABILITY LEVEL: Beginner – Advanced
GENERAL DESCRIPTION: Thanks to Keanu Reeves and Patrick Swayze, the term Point Break is usually associated with sky diving and a bank robberies. But ask a seasoned surfer about a Point Break and you will probably see a glimmer in their eye as they tell a story with mythical qualities of when they surfed the longest wave of their life. 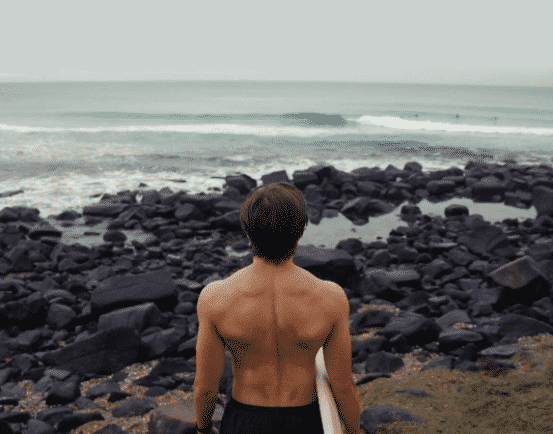 What distinguishes a Point Break is the unique way that waves “wrap” around a headland or point along the shore in a perpendicular fashion. This special angle at which the wave breaks allows the face of the wave to “peel” along the shore and offers surfers a longer ride than at Beach or Reef Breaks.

Find these combinations and you have surfing magic.

IMPORTANT TIP: Given the rarity of Point Breaks around the world, they are often crowded. A good strategy to get your fair share is to paddle down from the main takeoff area and wait for someone to fall off and pick up the second half of the wave. Although you have to be careful not to get in the way of the oncoming surfer, and the wave might be shorter, it is a good strategy for increasing your wave time.

Just to the south of Pio Pico is another outcrop of lava rock the sticks out off the shore. Depending on the exact angle and period of the swell, Henry’s can produce both a left and right-hand wave that wraps around on either side of the rocks. Although both waves are quite fickle, they have their share of epic days with a strong Northwesterly swell or pumping Southwest swell.

KNOW WHERE TO GO

As you observe the surf it is important to know the type of break you are looking at. Knowing what you are surfing over can help you better prepare and decide where to paddle out.

With the information in this article you should now be able to look at a wave and categorize it into a Beach, Reef, or Point Break. For a detailed description of the specific surf breaks around Witch’s Rock Surf Camp, check out our FREE Tamarindo Surf Map and ask any of our camp employees for which break is best choice for the conditions.