How a Surf Trip Changed My View of My Dad 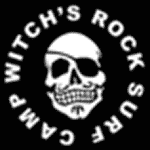 The wheels made contact with the tarmac and the entire aircraft shook. I looked over at my dad in the seat next to me as he jolted awake. We just touched down in Liberia, Costa Rica. We were on a surf trip together, heading to Witch’s Rock Surf Camp in the sleepy surf town of Tamarindo. Surfing is something my dad and I shared a passion for, and I was eager to get in the water. At the same time, I was nervous.

As we waited at the baggage claim for my brand new board to come over the carousel (a beautiful 6’0” fish cut), I began to worry. A week was a long time to spend with my father. The last time I spent this much time alone with my dad, I was twelve and he had taken me to a North Carolina Tar Heels basketball game. It was nearly a decade later, and other than surfing, we didn’t have much in common. Don’t get me wrong, I love my dad, and I love spending time with him. But he was an engineer-turned-businessman who spent the majority of the year jet setting to the Middle East; and I was a 21-year-old college student, studying history with no intentions of entering corporate America. In fact, I had a plan to start a travel business after college with my best friend, in an effort to make surf trips a career norm. Needless to say, we are put together a bit differently.

When the free airport transfer dropped us off at camp and we arrived in our room, my nerves calmed. We had an ocean view and were situated between the Surf Camp’s two bars. Not a bad setup at all. It was late, so we called it a night with a plan to wake up bright and early for our first day of guided surf.

The next morning, we met our surf guide, Yohan, a longhaired, tan surfer with enough stoke for the whole beach. Yohan helped my dad select the perfect board for the morning, from the camp’s massive selection of stellar boards. We paddled out. It was a relatively calm morning so we both made it out to the lineup with dry hair. We sat, staring at the horizon, waiting for a set to come in. The whole time, I couldn’t help but question my dad’s surf prowess. Sure, my dad was the one who taught me to surf on a warm October morning when I was ten years old. A day that was highly memorable. Not just because I caught my first wave, but because I was stung by a stingray and had to be rushed to the hospital. That was over a decade ago, and my dad hadn’t really surfed regularly since he was in high school, in the seventies…

A set approached, I caught the first wave and hopped to my feet. It was a soft, slow peeling right. I rode down the line and over the shoulder, turning out to sea to paddle back out to the lineup. Just as I began to paddle, I saw something that forever changed the way I view my dad. It was a silhouette, gliding down the line on a chest high left, effortlessly cross-stepping on an old school single fin log. As I got closer, I realized it was my dad! I was in disbelief. This was the man who I had seen most of my life in a coat and tie, darting across the world, briefcase in hand in the most formal of ways. This was the man who seemed to be most comfortable surrounded by work, morning meetings, and conference calls. This man now seemed equally as comfortable in board shorts, sitting in the warm Pacific Ocean taking part in what has long been viewed by society as the north pole of irresponsibility: surfing.

That wave set the tone for the trip. We spent the rest of our days surfing hard, paddling out multiple times a day. Our nights were spent tossing back beers at the Volcano Brewing Company, a beachfront brewery attached to the hotel. We talked about the day’s session, my dad’s high school days spent skipping school and chasing waves, and my plans for the future. And after the trip, it turns out my dad became one of my biggest supporters in my effort to turn travel and surfing into part of my career. After all, he understood—he was a surfer.

Morgan Bernard is a professional writer and avid surfer from Houston, Texas. He is also the co-founder of the travel company, Knowledge on the Run