It’s no secret that the average person spends a slightly embarrassing amount of time binge watching Netflix TV shows and movies. And who can blame them, there are literally tens of thousands of options with the click of the button. There is truly something on Netflix for everyone and that now includes surfers. Because we want you to have something to do on your next flight to Costa Rica, we have compiled a list of the must watch surf films streaming on Netflix right now. Happy binging! 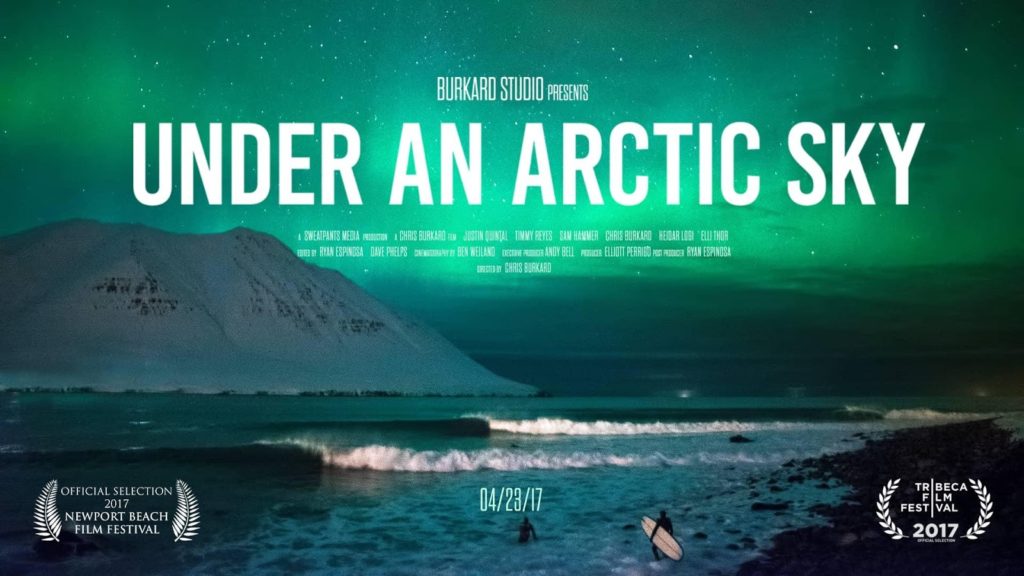 1. Under the Arctic Sky

Famed photographer and filmmaker Chris Burkard’s most recent film will leave you in awe. Chris and his crew of fellow surfers, filmmakers, and photographers find themselves in Iceland with the goal of surfing the Arctic seas that surround the Faroe Islands. The group finds themselves in the worst winter storm to hit the country in 25 years. Constant darkness, and uncertainty about whether or not they will safely be able to surf plague the group. Ultimately, the group perseveres and is able to score perfect waves under the Northern Lights.

The Malloy Brothers teamed up with Patagonia to create a stellar documentary that focuses on how people all over the world are connected to the ocean. From divers, surfers, fisherman and women, to open ocean swimmers, FishPeople explores the natural connection these people have to the ocean. The film is beautifully shot, has a strong environmental message, and inspires viewers to get out there and enjoy ocean. It also provides insight into how so many people make a living, find their passion, and find their livelihood in the sea. Warning: if you don’t live near the ocean this film is going to give you serious FOMO. 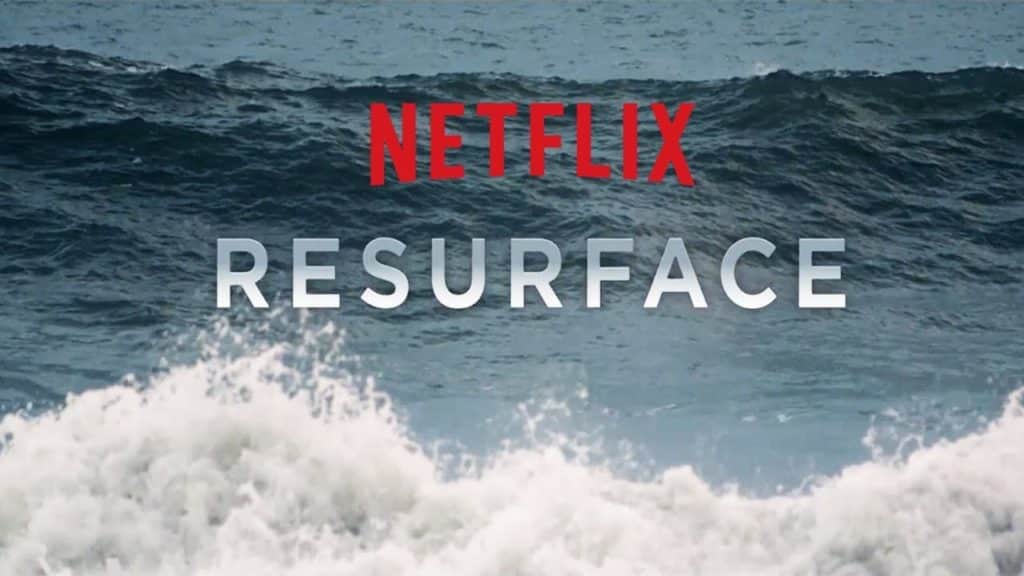 An official Tribeca Film Festival selection, Resurface, is a powerful documentary that highlights surfing’s ability to heal. “War, Trauma, Surfing” is the films tagline and rightfully so as the film focuses on Bobby Lane, an Iraq War Veteran with chronic depression and PTSD. Bobby Lane first seeks out surfing as a bucket list item, but then realizes the healing powers of the sport and explores the questions, “How can surfing change the lives of military veterans?” For the first time, countless scientific evidence is on the side of the surfers. The ocean is a proven method for treating PTSD. This film is moving, informative, and an overall feel film that will remind you just how impactful surfing can be on someone’s life. 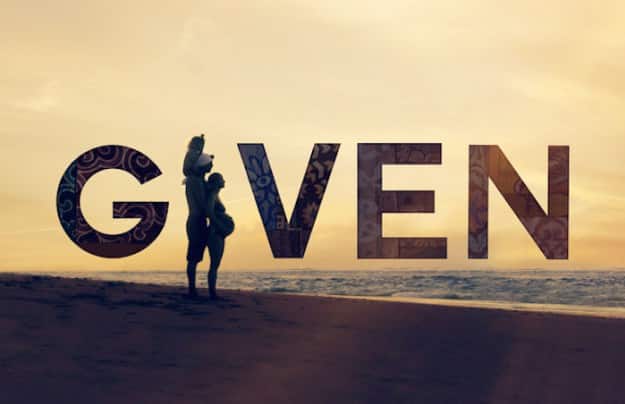 Told through the powerful narration of a 6-year old boy, Given, follows the life of a traveling family of Legendary surfers Daize and Aamion Goodwin, who values experience over traditional living. As a family, they hop from continent to continent learning about various cultures, finding fun waves, and ultimately growing closer as a family. This film will inspire you to get off the couch and see the world, while making you rethink your personal value system. 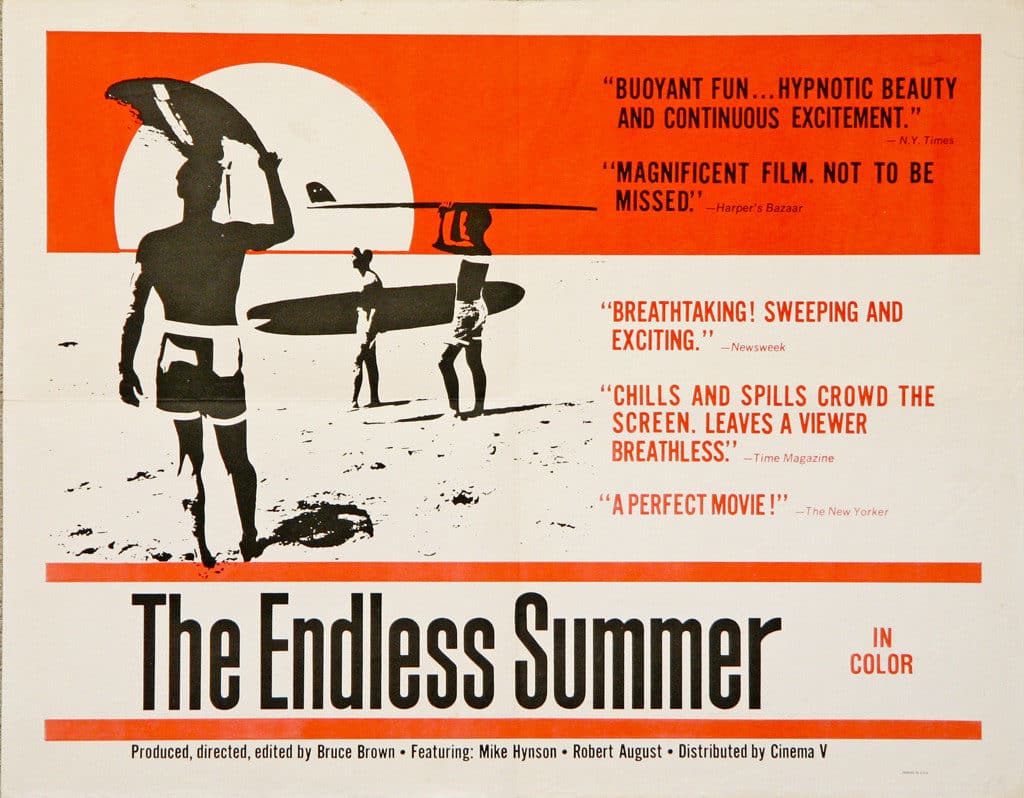 We couldn’t leave out a classic like The Endless Summer. Bruce Brown’s 1966 iconic film follows two surfers, Michael Hynson and Robert August, on a world-wide journey chasing waves. This film was the original surf documentary, it paved the way for everything that surf media is today. It inspired thousands of surfers to venture away from the home breaks, into the unknown, in search of the perfect wave. In summary, this film is a work of art, and if you consider yourself a surfer you must watch it. Robert August now calls Tamarindo home, and currently shapes boards at WRSC! So once you land come say hi to Robert and tell him how much you love the film!