Giving Thanks for Witch’s Rock (10 Trips and Counting) 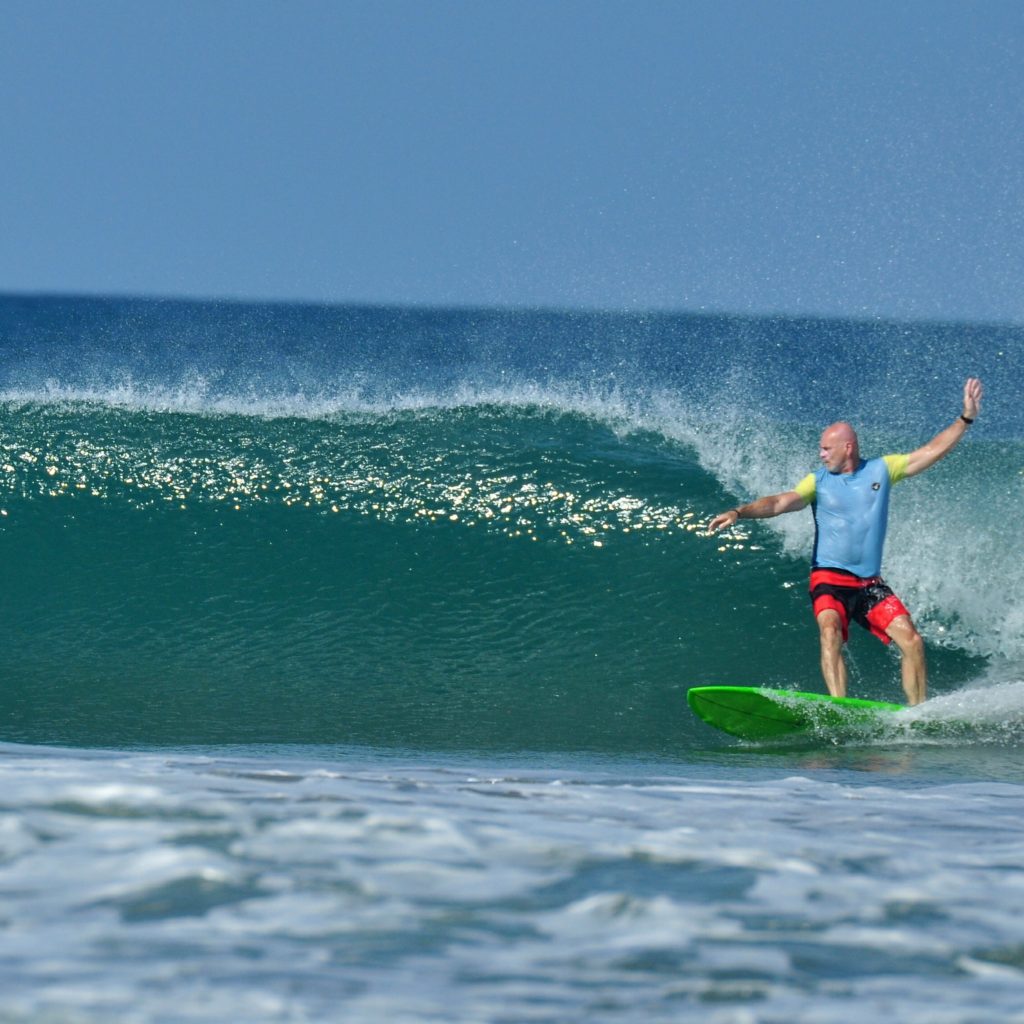 My Witch’s Rock story started back in mid-2012 when a couple of friends in Chicago suggested that a few of us in Dallas check out Tamarindo and WRSC. They had just spent a week in Costa Rica without their kids, and had grabbed a few days in Tamarindo. They loved it. So, we started to make plans for that Thanksgiving, primarily because my two friends wanted to escape from the usual family holiday.

As it got closer to needing to lock in reservations they bailed. I didn’t think much of it and bailed as well.

The following year we went through the same conversation and decided we would go for Thanksgiving 2013. So, the same plans were made and as it came time to fully commit they bailed again. This time I decided as may as well go and check things out. Given that I was going by myself I loaded my luggage with things to read and DVD’s to watch. I figured I would have the daily surf lesson and then just relax and have a quiet week.

I landed in Liberia, found the WRSC driver and jumped in the shuttle van with a mix of first-timers and returning guests. A few in particular were part of a larger group that met there every Thanksgiving. The main thing that was interesting was it seemed that with a few exceptions, the people in this group hadn’t really known each other before they met at WRSC. Now they just came back each Thanksgiving to spend the week together.

My first week was amazing, not my surfing, but everything else!

Costs Rica is such a beautiful country and the people are very warm and inviting. WRSC makes everything easy and everyone that works at camp plays a part in making your time there a great experience.

I hadn’t surfed in over 30 years so I had booked Beginner Lessons. Very early on they bumped me into the Intermediate tours group and I found myself on van rides or boat rides to various other breaks with some people from the group I met on the airport shuttle. What a great way to enjoy a surf trip and see more of Costa Rica!

My surf group and the rest of their friends basically took me under their wing from that point on and, well, I never took a book or DVD out of my backpack the whole week. Surf sessions, fun times in the WRSC pool, sunset surf sessions, lots of choices in Tamarindo for great dinners, the volcano trip one day, Baconators for breakfast, meeting Robert August; it was a fantastic week.

The week ended the only way it could have, before leaving I booked a trip to meet the group again the following Thanksgiving.

Back in reality, I had the surf bug again and spent a whole lot of time thinking about surfing while I sat in meetings at work. I ended up booking another week-long trip in August. This time I met several other solo travelers and we surfed and hung out all week. It was another amazing week and of course we all marched up to the office on the last day and booked for the next year. Over time, two of the original crew have dropped off but two of us had our 4th August surf trip at WRSC last August.

Every time I stay at WRSC I end up meeting great people and having such a great time. Seems like various groups of us are always trying to arrange surf trips together now. These trips have given me a lot of great new friends. I think you just get the best of everyone while you are there and the crew and the set up at WRSC just helps make sure you have the best time.

For me one of the highlights is seeing beginners go from total beginners at the beginning of the week to riding unbroken waves at the end of the week. How great is that?!

November 2017 was my 10th trip to WRSC. I’ve also added a few days in Nosara on a couple of those trips. It feels like family now, although it probably started to quite a few trips ago. There are tons of other places to go, and I will explore quite a few, but I will always keep coming back to WRSC, especially for Thanksgiving!