At every break, there’s always that one surfer who knows exactly what the waves, tide, and wind are doing at any given time. He or she is so in tune with the ocean, they seem to have an internal surf forecasting mechanism that’s never wrong. 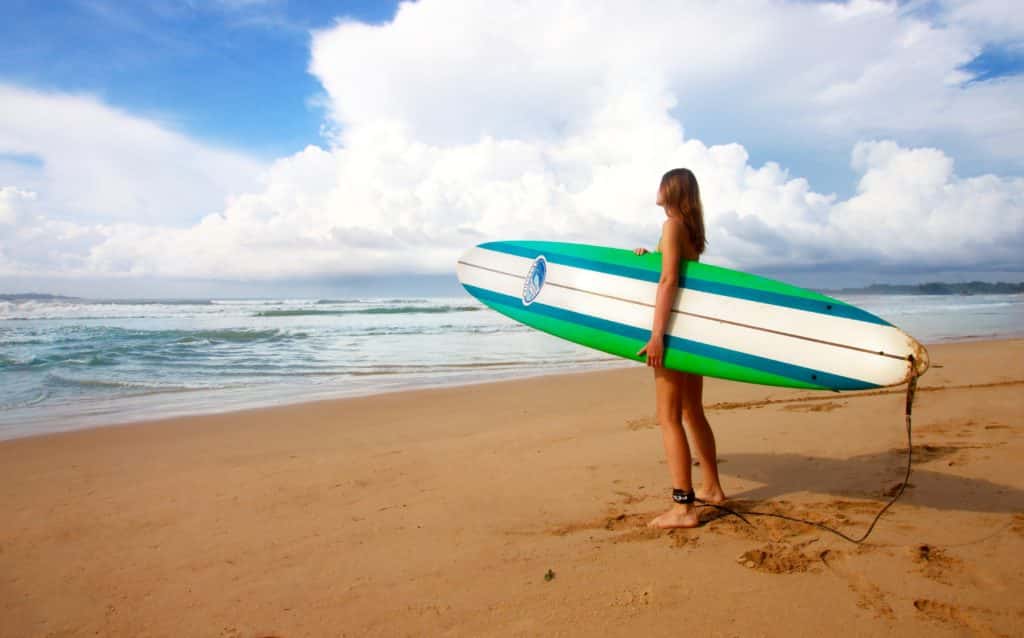 If your knowledge of your local break is at that level, color me impressed, but most of us require some pretty powerful forecasting tools to see if and when we should paddle out. Surf forecasting is the most advanced it has ever been. Swell is predicted nearly a month ahead of time and tracked accurately until they make landfall.

It has never been easier to score waves, but that doesn’t mean interpreting a surf forecast is easy. For a lot of us, surf forecasting might as well be another language. No worries, though, WRSC is here to help with our handy guide to surf forecasting! Dive in and let us walk you through the important components of your daily forecast. 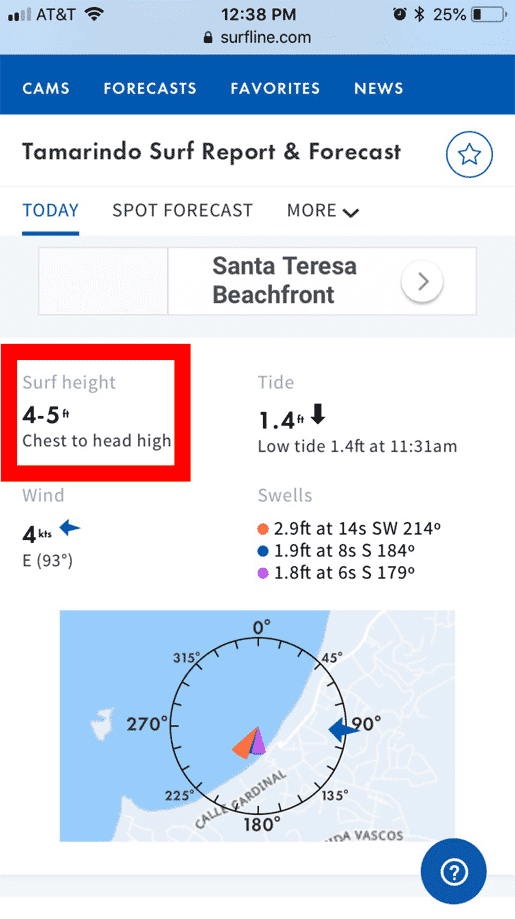 Wave height might seem pretty self-explanatory, and for the most part, it is. But if you look closely, you’ll notice that under the “4-5 ft” forecast, there is text that reads “Chest to head high.” For most people, 4 feet and head high don’t mean the same thing, but for wave height, it just might. Waves are measured from the cresting portion of the wave, not the face. Wind and bottom contour have a significant impact on how tall a wave’s face actually seems. So a wave that measures 4 feet from the back could easily have a 6-foot face. 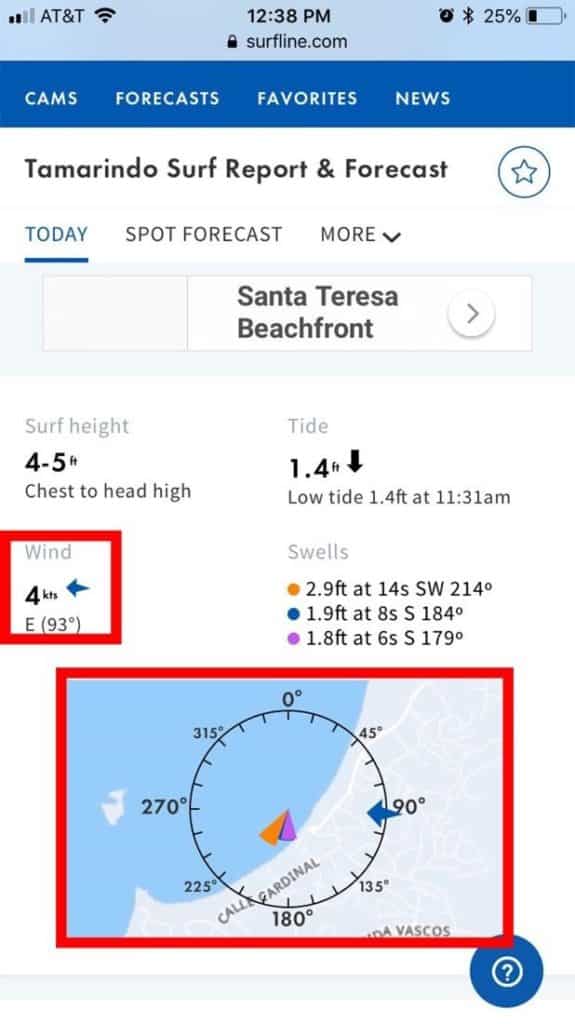 An important factor in wave quality is wind. Wind direction and speed to be specific. 2-3 feet with offshore winds is a great day of fun surf, 2-3 with onshore winds is a choppy mess. Beyond direction, speed plays a part as well. High winds are typically never a good thing. Gentle winds, however, can mitigate the damage of a less than ideal wind direction. Meaning that surfing on an onshore day is significantly less miserable in gentle winds. Above, in the highlighted sections of the image, you’ll see wind speed and direction listed and shown with a blue arrow on the map. The best winds are generally light – moderate offshore which means blowing from the land to sea. This will groom the waves like a fine tooth comb and dramatically increasing your chances of finding barreling waves. 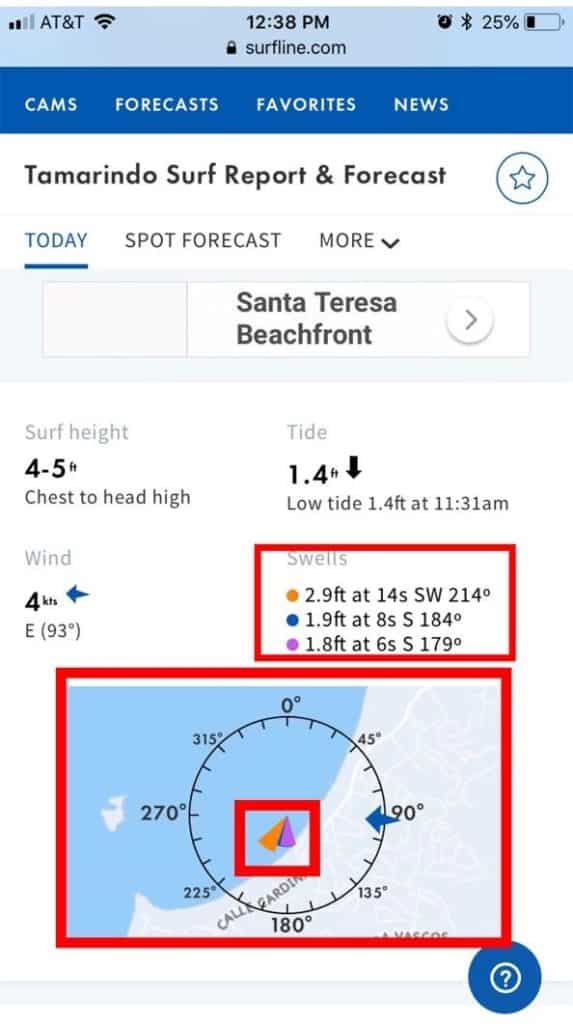 Swell is never a bad thing, but some spots can only handle swell from certain directions. If you’ve got a south facing beach with a reef running parallel to the coast, chances are that spot is going to turn on during south swells. If your break is exposed to nearby deep water, it may work in multiple swell directions. In the image above, you’ll see a primary, secondary, and tertiary swell with their directions marked on the map. Generally speaking, surfers want the swell angle to be somewhat perpendicular to the shoreline for maximum exposure. 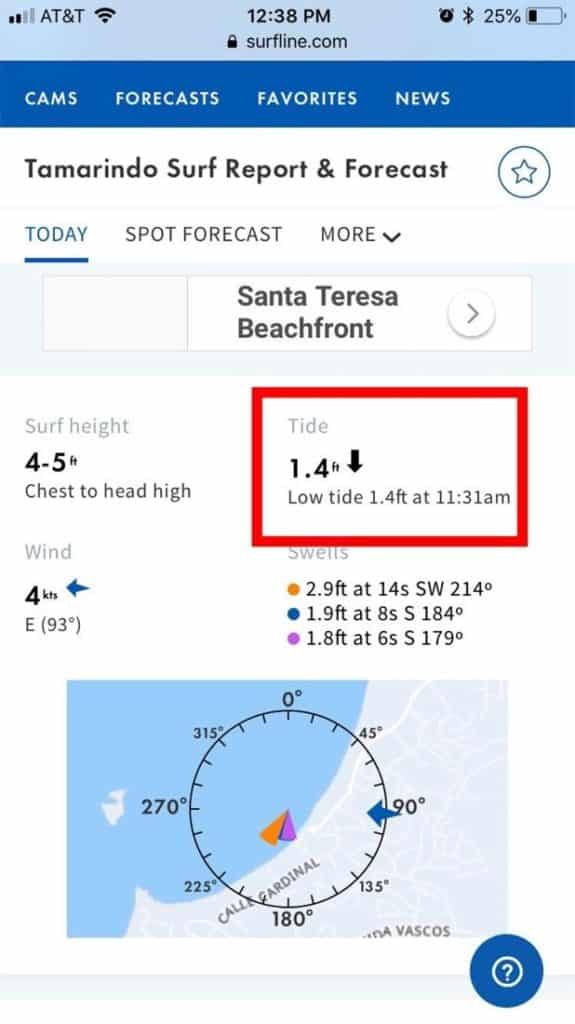 Tide seems simple enough. The tide is either coming in or going out. So how does tide affect your surf break? Certain sand bars and reefs require a lower tide so that it is shallow enough to cause the incoming swell to break. While at other breaks, a low tide might expose dry reef, which could be dangerous. Finding the best tide for your local spot is as easy as looking it up on the Internet, or simply checking the tide after a great session and making a mental note of what the tide is when your wave is working. Generally speaking, incoming tide is the best for wave consistency and less rip currents. 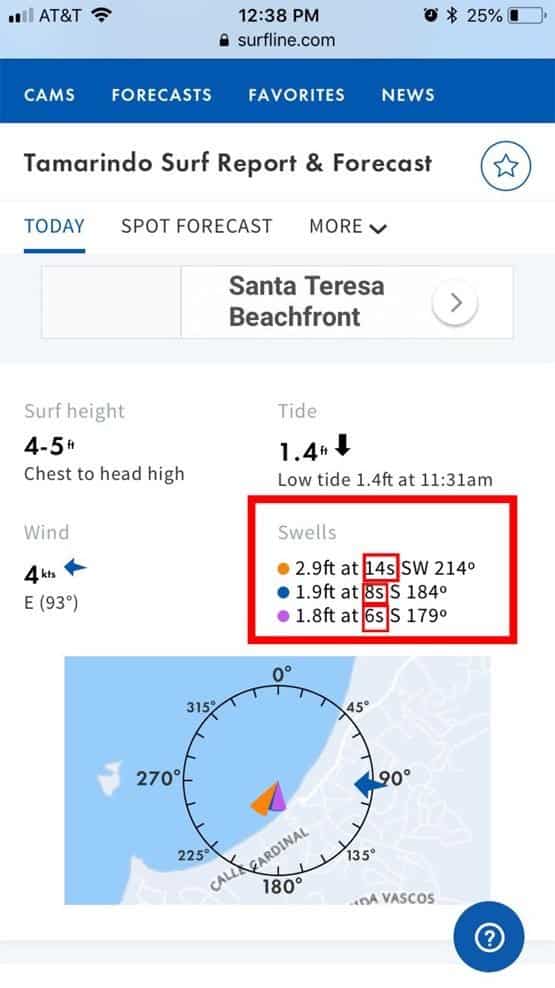 Swell period might be the most overlooked category by novice surf forecasters. Swell period is the measured time between waves recorded in seconds. It’s generally accepted that anything below 6 seconds isn’t surfable. Swells traveling from farther away will typically have a longer swell period, which will result in cleaner, larger, and more powerful surf. Swell period has a direct impact on the height of the wave. 2-3 feet at 7 seconds is exactly that 2-3 feet. 2-3 feet at 16 seconds might actually be 5-6 feet. Understanding swell period is crucial to accurate surf forecasting. The higher the swell period, the more downward energy the wave has allowing it to grow as it approaches shallow water.

Armed with your newfound ability to read forecast, get out there tomorrow – check the waves – and score!

Like this blog? Check out more SURF SCIENCE blogs here. 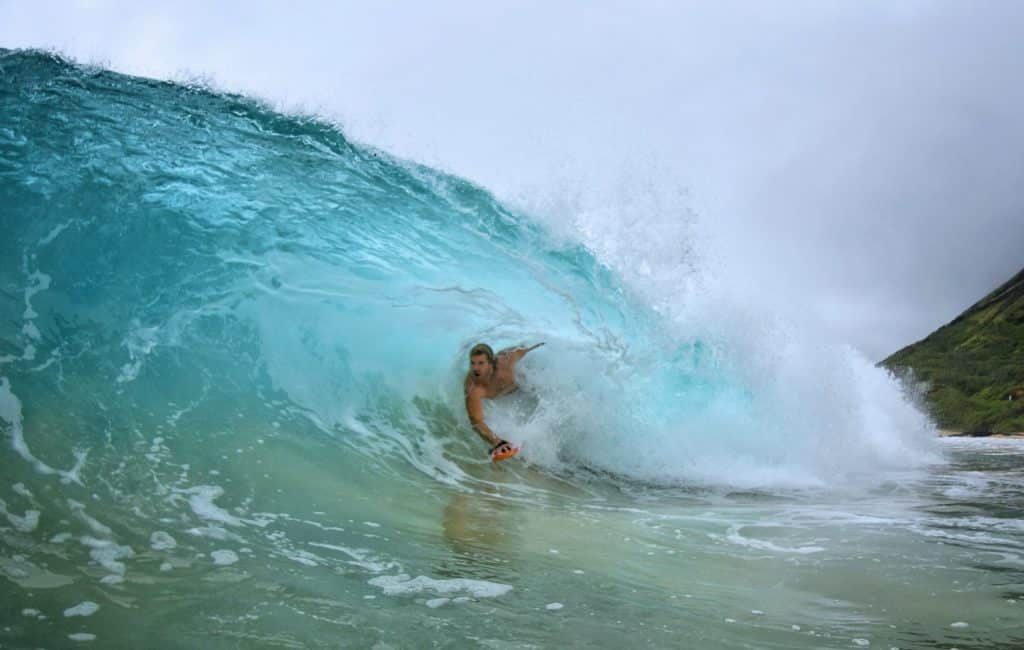