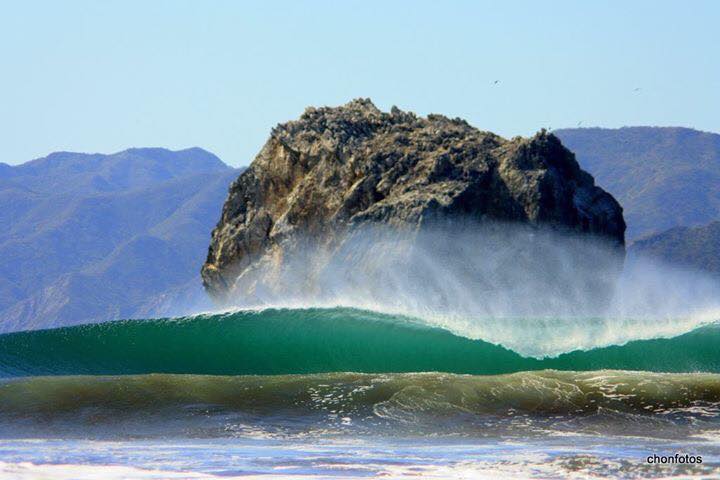 Surfing is ingrained in Costa Rica’s coastal culture, but it hasn’t always been that way. In 1974 there were just 20 native surfers here, and traveling surfers of that era thought Costa Rica was too remote. So how did surfing catch on in Costa Rica?

In the 1980’s, the American Surf Press ran a series of articles about the “Central American Paradise” featuring beautiful images of its waves and coastlines. But this made only a small impression, and by the early 90’s less than 500 Ticos had taken up the sport. Starting in 1992, several surf contests put breaks like Boca Barranca and Playa Hermosa on the map.

Then, in 1994, filmmaker Bruce Brown released Endless Summer II, his sequel to the classic original. The new film followed longtime WRSC partner Robert August through Costa Rica and featuring the surf breaks near Tamarindo. The film introduced Witch’s Rock and Ollie’s Point to the world, two World Class Waves that helped define Costa Rican surfing today. Since then, the number of local surfers have exploded, and surfing has become a part of Costa Rica’s “Pura Vida” lifestyle. Local kids surf after school, families surf together on weekends, and young Costa Rican pro surfers are placing in the top ten, and even winning international surfing events.

When we first drove our school bus to Tamarindo, in 2001, there was just a dirt road, a few shacks on the beach, and as much lobster as you could pluck off the rocks. The area didn’t even have phone service until 1996!

At the same time, we also rented a house in Playas del Coco, the rendezvous point for boat trips to Witch’s Rock and Ollie’s Point. Just as surfing and surf tourism has grown in Costa Rica, our business has grown too. We’ve gone from renting a ramshackle house on the beach with a maximum of 4 guests to building a 12-room hotel that then became 18.

One of the best things about being in Tamarindo for almost 20 years is that we have been able to watch the sport of surfing grow from a fringe activity to a healthy sport that families do together.

We’ve also become a figurehead for protecting our local environment and safety. We established the first water treatment plant in Tamarindo, and lobbied the government to take action against aggressive development. We also funded and support the only lifeguard training program in Costa Rica so that our beaches are safe for everyone. Surfing is still a growing sport in Costa Rica, and we are proud to be a positive part of that growth.